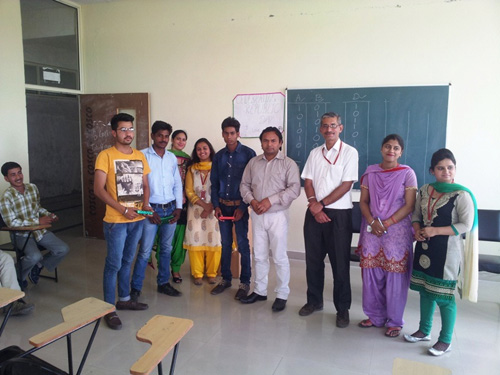 UCACS has conducted Inter College G.K. Quiz Competition on 2nd April 2015. Students from different Colleges including UCACS, DSGCE & Nursing participated in the competition. There were eight teams and in each team comprised three members. In the competition Questions were based upon different areas including science, politics, history, cinema and G.K.

Team-A (belongs to B.Com-II) bagged 1st prize whereas 2nd prize earned by Team-D (belongs to students of B.Sc (Agri), B.A). The event went off very well and all the students did fairly in the competition.

At the end prizes were distributed to winners by HOI, Dr. L.K. Attri.