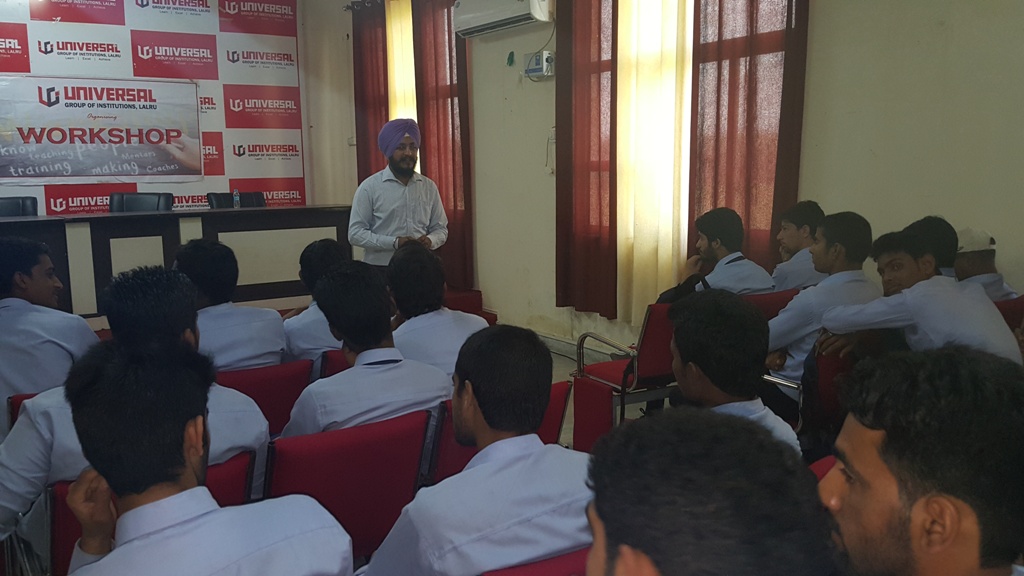 On 10th March 2016, Applied Science Department of Universal Institute of Engineering and Technology organized a workshop entitled Computer Networking by Mr. Rashpinder Singh from CSE department, UIET and Mr. Gurlal Singh from IT department, UIET. The objective of the workshop was to introduce students to computer networking. He told the students that computer network is a set of computers connected together for the purpose of sharing resources. Further he added that the most common source shared today is connection to the internet.

He introduced the students with the types of computer connections’ and talked about topology. Students came to know that computer network support an enormous number of applications such as access to the World Wide Web, video, shared use of application and storage servers, printers and fax machine etc. Students got an opportunity to ask their quarries regarding computer networking.  At the last, Mr. Vikas Sharma, HOD of Applied Science department thanked Mr.Rashpinder Singh and Mr.Gurlal Singh for his valuable lecture.