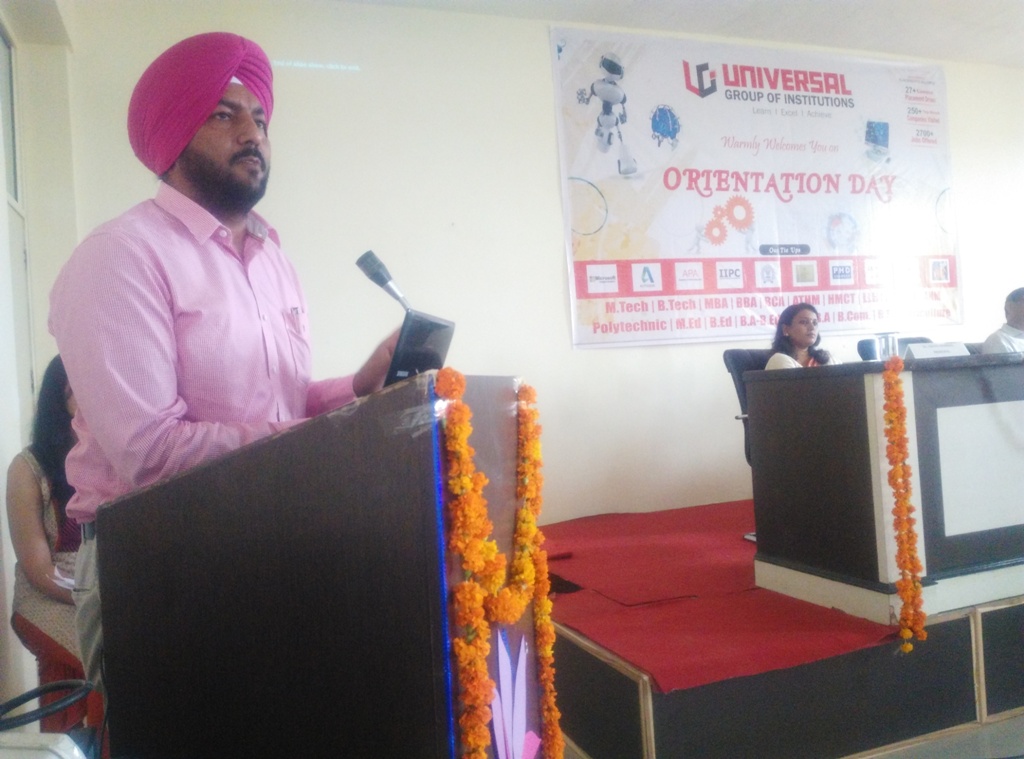 The orientation day for newly admitted students for the session 2016-17 was held on 17 th August 2016. First, the students were made aware of the rules and regulations of the institution. Then lamp lightening ceremony was conducted with the Chairman, Dr. Gurpreet Singh, respected Executive Director, Dr. Amit Barua and the principals of UIET and UPC, Dr. Swati Sharma and Ms. Prabhjot Kaur respectively, participating in it. It was followed by a motivational speech by Mr. Dharam Rathi, Assistant Professor Communication Skills. The Worthy Chairman also encouraged the students by saying wonderful words of motivation. Then followed the motivational speech of Executive Director Sir. After this the Principal UIET made the students aware of the achievements of the institution since its establishment in 2009.

This included introduction of the important portfolio holders, syllabus and rules and regulations of the institute. The principal UPC also delivered a speech making the students aware of achievements of the institute. The ceremony was closed with the principals thanking the Worthy Chairman and respected Executive Director for sparing their valuable time for the ceremony.