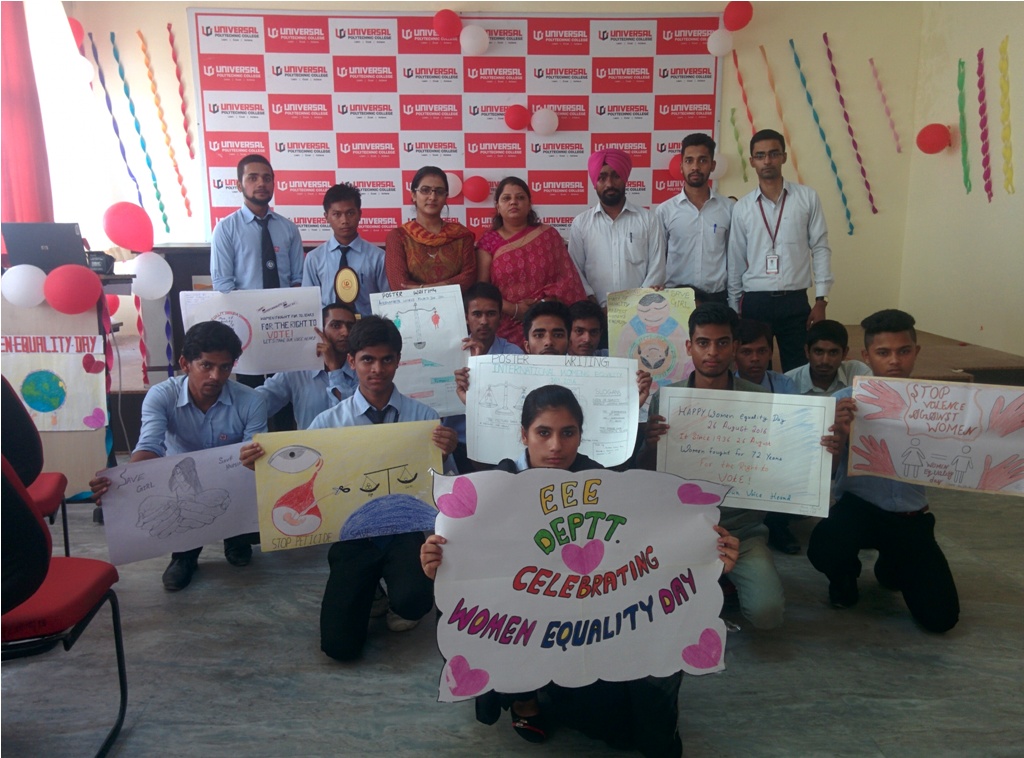 The event started at 2:30 pm in Seminar hall, UPC with an introduction about the event by Mr. Bipul, student Electrical Engineering. In the programme he briefed the history of Women Equality Day which stated that in 1971 the US Congress designated August 26 as Women’s Equality Day. He also told that the date was selected to commemorate the 1920 certification of the 19th Amendment to the Constitution, granting women the right to vote. This was the culmination of a massive, peaceful civil rights movement by women that had its formal beginnings in 1848 at the world’s first women’s rights convention, in Seneca Falls, New York.

After that events like Debate, extempore, poster making were started in seminar hall at different times. All the Heads of department were judges for all the events. At 3:45pm our guest of honour, Ms. Prabhjot Kaur, Principal UPC was welcomed and she addressed the students. She appreciated the students who participated in different activities and presented prizes to the winners. The winners of extempore, debate and poster making were Abhijeet Kumar Mishra, Welson Bey and Raushan Kumar respectively all from Electrical Department. The program ended at 4:15pm.