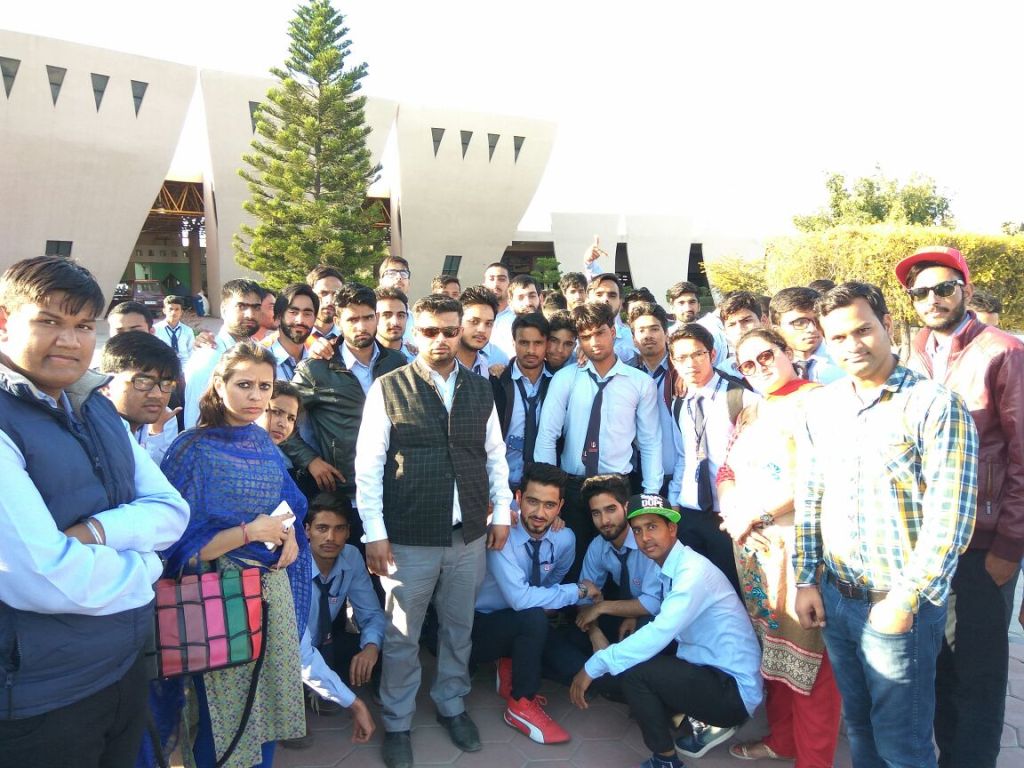 An Industrial Visit to the Pushpa Gujral Science City Kapurthala was organised by the Universal Group of Institutions. This trip was organised on 4rth March 2017 for the 2 nd SEM students of B.Tech. Applied Science. Approximately, hundred students visited the place along with their four teachers Mr. Sanjeev Kumar, Ms. Shipra Sharma Ms. Priyanka Patial, and Mr. Nitin (ECE). This Visit started around 6 a.m. from our Campus and finished by 11 p.m. at same after boarding off the student at their respective station.

Pushpa Gujral Science City offers a blend of education, curiosity and fun to ensure longer and repeated visits. The project is aimed at cultivating an interest in science through open-ended exploration away from text books and black boards, with a scientific approach to problem solving. The project has something for everyone, regardless of age, education, profession or social strata and is intended to make science accessible to people who are not part of the formal education system. Students enjoyed the roller coaster rides in the flight simulator, watching the visually stunning 3-D shows, Laser show and a special show, &#39;The Wonders of the Universe&#39;, in the dome-shaped theatre. The children also went to the 'Dinosaurs Park&#39; where models of various dinosaurs were displayed. The final stop was the Solar Power House where solar-powered scientific inventions, like 'The wind turbine generator&#39;, 'solar toy train&#39; etc, were displayed.