UGI organized a Guest Lecture on Conservation of Bio Diversity for Applied Science students of UIET. 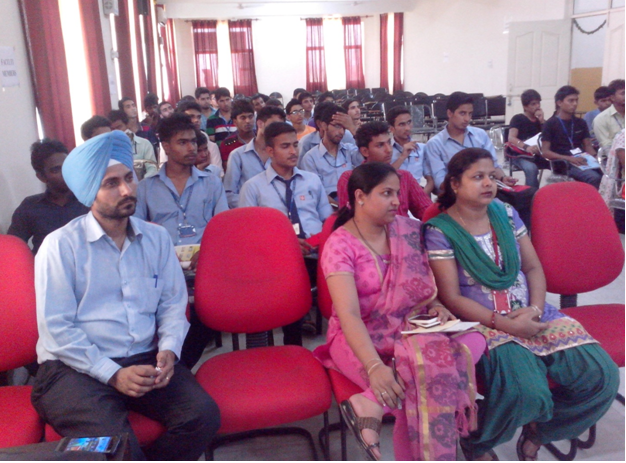 A guest lecture by Dr. (Mrs) Indu Mehta, S.D. College, Chandigarh was held on 25th August, 2014 in Universal Institution of Engineering and technology, Lalru. The topic of the lecture was Conversation of Biodiversity.   Dr.  Gurpreet  Singh, Chairman of UGI, Mr. Vikas Sharma, HOD, Applied Sciences and Dr. Ramesh Dogra, Principal of Universal college were present there.  Dr. Rachit Garg, Director of UIET, welcomed the guest. The lecture started off with first understanding the concept of biodiversity and why it is important for life of human beings on this earth. She also shared her views that conversation of biodiversity is important because biodiversity is the life support system of our planet. She also showed a power point presentation on it in which various diagrams of food chain were shown to the students. The vast experience and knowledge of our guest lecturer explode the knowledge of our students. She told that 80,000 species of edible plants known on earth, but 90% of world’s food comes from a mere 20 of these species. She also explained that unfortunately, due to humanitys over exploitation of natural resources, our sustainable development and the resulting disturbances to the environment. We are undergoing the 6th extinction crisis on this planet and degrading natural ecosystem at an unprecedented rate. She concluded her lecture by saying that with conservation for biodiversity at all levels, from genes to ecosystems; humans mutually coexist in a sustainable way with nature.