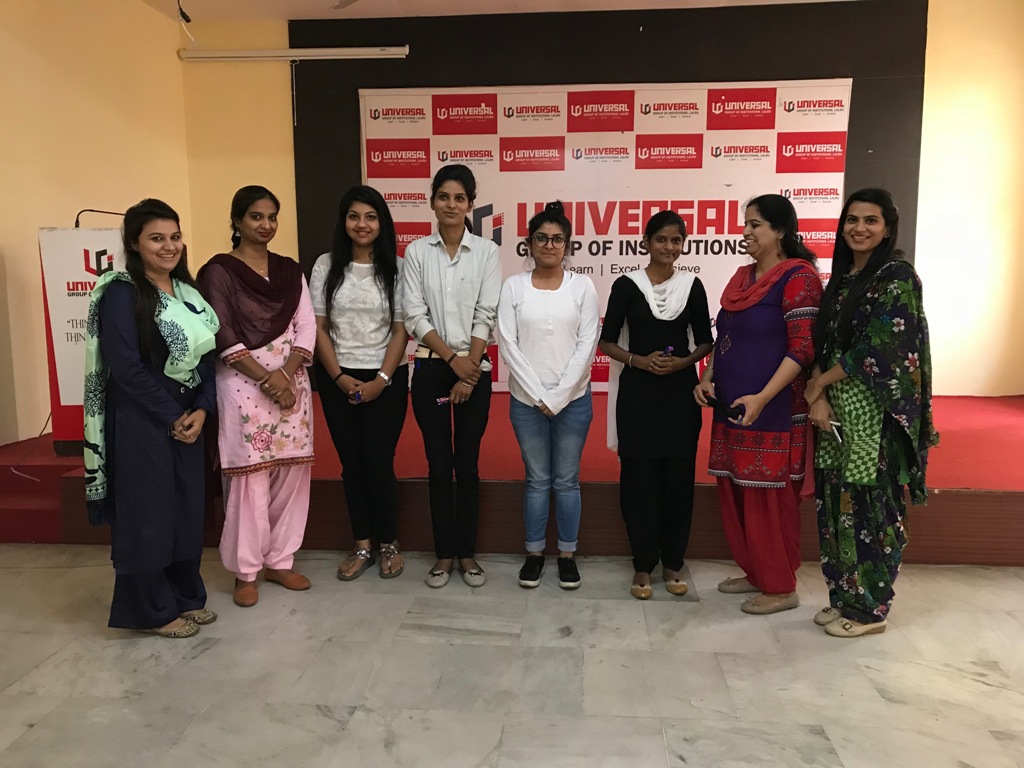 The Universal Law College has organised a' Legal Extempore; competetion among the law students in order to boost their confidence and their development. The competetion was held on 31st october from 2 p.m to 4p.m in the college seminar hall.The theme of the extempore was ,Law and the Social change' and each one of the participants were given 2 to 3 minutes.The students were judged on the basis of their speaking skills and content of the topic.The participation of students was higher in number both from LLB and BALLB. Among them the Parminder kaur of llb stood 1st and Mansi adlakha of llb stood 2nd and two consolation prizes were given to Divya and Sarsami of ballb.All the students spoke very well.
It is to inform you that the Universal Law College has successfully organised the Legal Extempore from 2:00 pm to 4p.m in the college seminar hall.23 students have participated, among them following are the winners.Along with this sending you following photographs of the event