UGI, Lalru inaugurated Centre of Excellence with Godrej and Boyce on 14th Nov, 2017 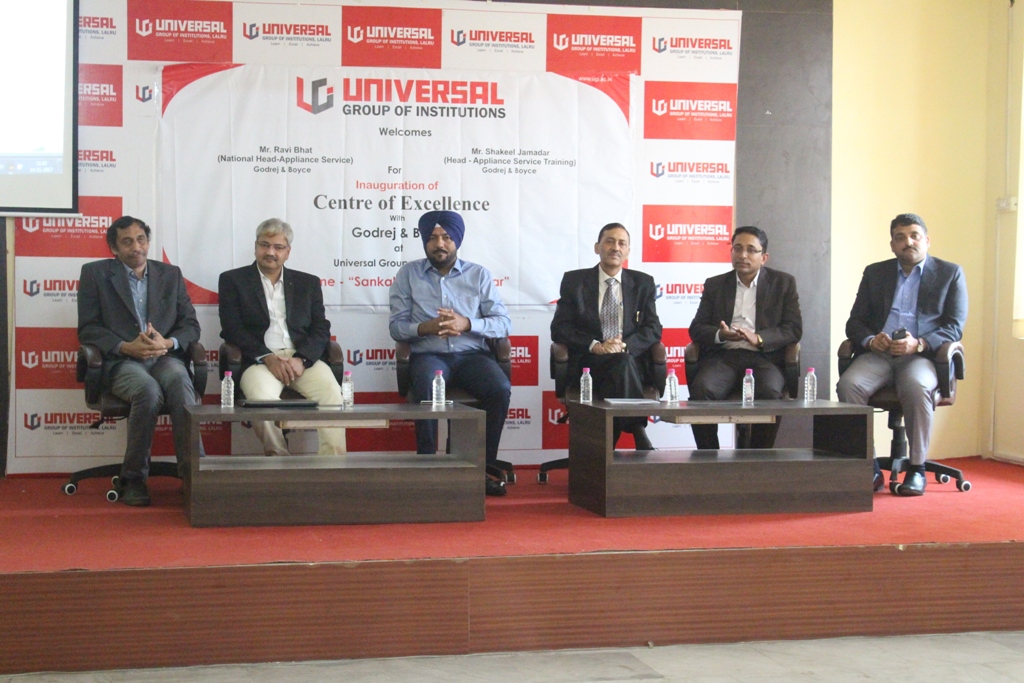 The event started with lamp lighting ceremony to Maa Saraswati and welcome speech by Hon’ble Chairman- Universal Group of Institutions and Worthy Director- Academics followed by keynote speech by Mr. Ravi Bhat (National Head- Appliance Service) Godrej regarding the requirement of the skills and the various challenges which the industries are facing these days. They also stated that it is the need of the hour that candidates should become skilful to become employable.