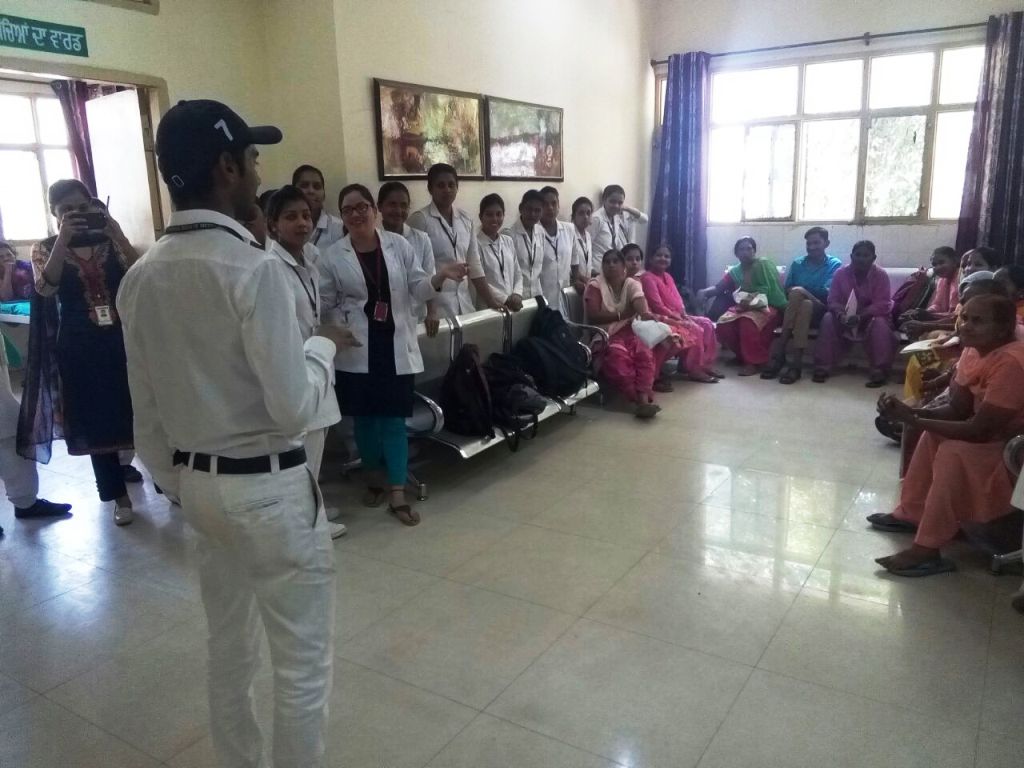 Malaria is a mosquito-borne infectious disease affecting humans and other animals caused by parasitic protozoans (a group of single-celled microorganisms) belonging to the Plasmodium type. Malaria causes symptoms that typically include fever, tiredness, vomiting, and headaches In severe cases it can cause yellow skin, seizures, coma, or death .Symptoms usually begin ten to fifteen days after being bitten. If not properly treated, people may have recurrences of the disease months later. In those who have recently survived an infection, reinfection usually causes milder symptoms WHO joins partner organization in promoting this year world malaria day theme "READY TO BEAT MALARIA".

This theme underscores the collective energy and commitment of the global malaria community in uniting around the common goal of a world free of malaria. World Malaria Day was celebrated by Universal Institute of Nursing under the guidance of Mrs Samta Rani (Principal), and all faculty. Health education was given by students to the community people in civil hospital derabassi.The main motto of rally was to provide awareness to the community.Students rally was started From UGI to Ballopur Village than CHC lalru where students played a skit on tuberculosis and provide information to people on tuberculosis diseases, than students moved to Civil Hospital Derabassi. .students played a skit on Female Feticide .SMO Dr. Sangeeta Jain was Impressed by students activities. Awareness was given regarding Health Services and policies provided by WHO by the students.