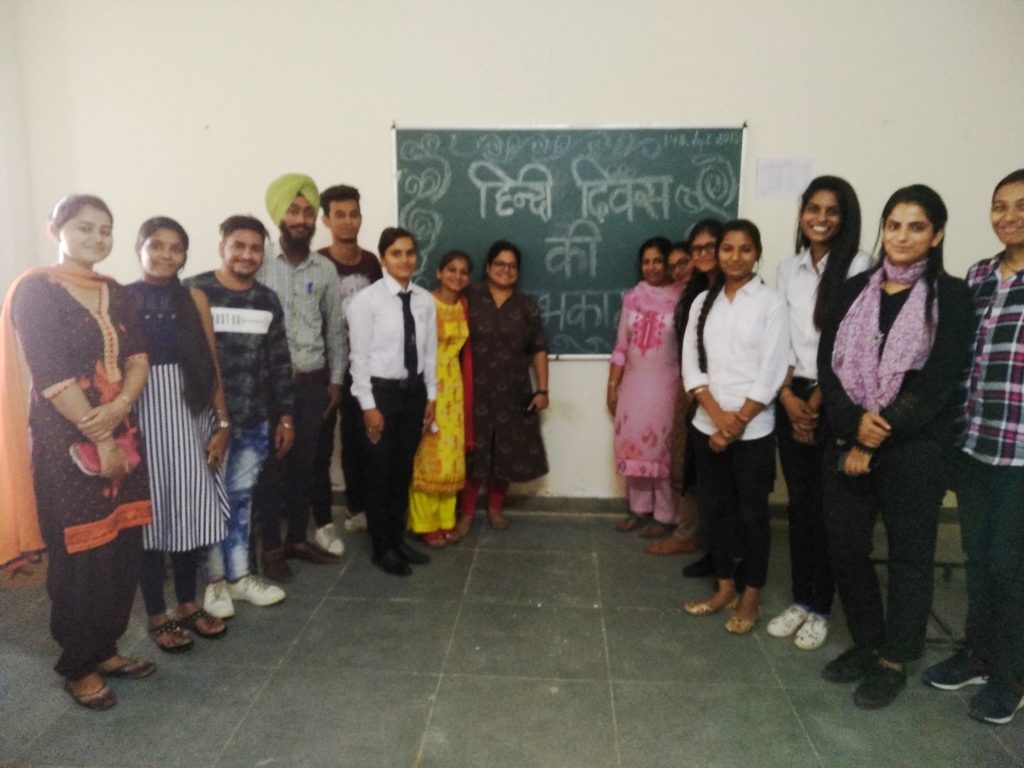 Hindi Diwas was celebrated on 14 th September 2018 at Universal group of institutions as a mark of acknowledgement of Hindi as National Language. The celebration began with the
speech given by Prinkle the student of ETT on "Hindi Desh ki Bindi" emphasizing that we should be proud of our National Language, Dr. Gurpreet Singh, Chairman,UGI stressed upon
the importance of Hindi by quoting the lines of the famous poet Iqbal “Hindi Hain Hum, Vatan Hain Hindustan Humara." The inter department debate competition was held on the topic “Mother Tongue v/s Foreign  Language. Teams were formed some of them spoke in favour of foreign language, but the conclusion drawn out was one language sets you in a corridor for life. Two languages open every door along the way. Therefore, we should learn both the languages. At the end, winner team was awarded with trophy.

Later, Principal Dr. Kompal Wadhawan said that in developing India where English is given priority, we still communicate and express our feelings in Hindi and urged everyone to feel
proud of our National language. Language and culture of any country with which the people of that Nation; helps in making a nation stronger. Thus the celebration concluded on a
positive note.