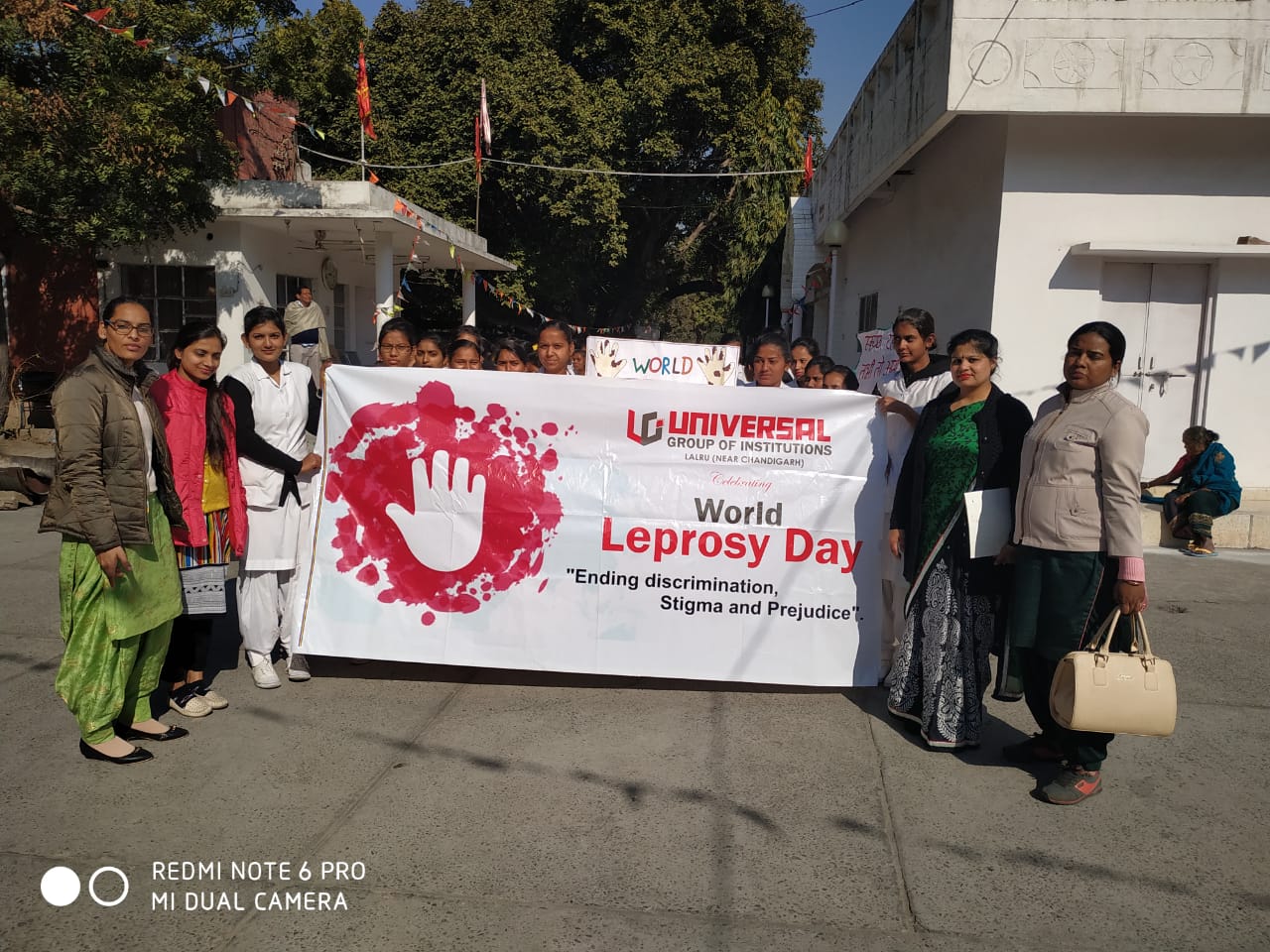 Universal Institute of Nursing has celebrated leprosy day. Leprosy day is observed Internationally on the last Sunday of January for public awareness for leprosy (kusht Roga) with theme (Reduce Stigma, Discrimination and Prejudice).A visit was organised by Universal Institute of Nursing for students at leprosy home Chandigarh sec 47 .Students as well as faculty participated in the activities organised for leprosy affecters. A rally was organised from UGI campus under Chairman Dr. Gurpreet Singh, Director Academic Dr. Verinder Kaur, all principals and all faculty of UGI.

A drama was played by students to raise the awareness and to reduce stigma and discrimination of leprosy from the society. On leprosy Day Chairman Dr Gurpreet Singh has viewed on leprosy disease and said treat equal to all and everyone have equal right to access health services/ facilities .He pressurised on raising hands for helping the leprosy affected. In leprosy home Universal Institute of Nursing Distributed fruits, juices, biscuits, cloths etc to affecters.